A Woman’s Worth in Words

A Woman’s Worth in Words 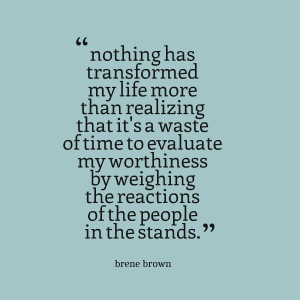 I attended the re:Create conference earlier this year and during a lunch conversation with Emily Joy and a few other creatives, I made the remark that as a ghostwriter and editor for the last fifteen years, I’ve noticed a distinct difference in the sexes when it comes to storytelling.

My male authors may ask a lot of questions during the process of telling their stories—stories of abandonment, betrayal, divorce, poverty, war—but they’re typically based on marketing ideas and the composition of the overall book. “Can we play up this angle more?” “Can we move this chapter, revise this paragraph, use a different term here?” Their questions point to the main desire to tell their story well and be able to effectively reach their audience. Though I can’t throw all male authors into the same boat, mine have primarily been confident, optimistic, and even if I have to coax them through difficult sections of their story, they’re willing to be transparent for the greater good.

Women have required an entirely different approach. For reasons I cannot completely understand or adequately address, my female authors struggle with doubt, hesitancy, the desire to hide certain parts of their story, the fear of making other people angry, and at least once or twice they’ll express the thought that they should quit writing entirely, asking me, “Who will buy the book?” “Who even cares what I have to say?” “What if people don’t agree with me and give me bad feedback?” “What makes me so special to want to tell my story?” “What does it matter anyway?”

In fact, in the entire span of my career, I can damn near guarantee you that every single woman author—even those who are very confident and outspoken—has asked me at least one of these questions…and meant it. In those sensitive moments, I’ve had to switch from my editorial role and become a cheerleader, therapist, confidante, encourager, and Kleenex provider as they break down in tears.

Time and time again I’ve told them they’re absolutely worth it, that their story should be told, that they can’t let their worry keep them from succeeding, that someone else needs to hear what they have to say, and that there is healing in the process if they keep at it. And they may really believe me for a moment or two as they gather their thoughts, take a deep breath, and continue. I’m a professional, after all. I should know what I’m talking about.

They’ve all pushed through the discomfort to share their stories, but I wonder if even as they sit down for their third book signing this month that they don’t still hear a whisper between their ears asking, “Why are you doing this again?” Because I have the exact same thoughts, and I’m fifteen years into a booming career. Every new project begins with a mixture of excitement and anxiety. “Will I be able to do a great job for the client?” “Will they like me?” “Why in the world did they pick me over other writers?” Different questions, same language of fear and worth.

So is it simply the difference in the sexes, some mental wiring that controls our comfort threshold? Is it a cultural phenomenon that women are more sensitive to literary collateral damage? Could it be that we feel our stories aren’t as powerful or meaningful as a man’s? Or maybe we’ve been taught to ask permission first…

I can’t assume that men never have these issues. I’m quite sure that plenty of men struggle with low self-esteem and “bigger picture” doubts, but they haven’t voiced them to me during our writing projects. Maybe they would feel silly confessing their fears to a woman. Or maybe they don’t have those same fears at all.

Truth be told, in the hundreds of authors I’ve worked with, I can’t recall a single time a man asked me if I thought his story mattered. Not once. He might ask my opinion on the cover design, the book title, or whether he should include some of the more gory details in chapter 9. But for whatever reason, I’ve never heard any man waiver on his worth. Yet all my women do.

Why? And if we can’t explain why, can we at least motivate ourselves and others to push through the guilt, the doubts, the questions? Silence the voices that have silenced us for however many years, convincing us that our stories don’t really matter. Because they do. All stories do.

The message is not dependent on the gender of the voice, even though sometimes the gender behind the voice is scared shitless. Crying at her desk. Shaking as she writes. Apologizing for tears that need no explanation. Gasping for air as she grasps for the words to say what she needs to say…what she has to say.

In those mental whirlwinds, sometimes all she needs to hear is that her words matter. They have worth. She has worth.

And that is enough reason to continue.

*Originally posted on “The Flawless Project,” May 19, 2016: http://theflawlessproject.org/a-womans-worth-in-words/