Faith of the Fatherless

Faith of the Fatherless

I had a great talk with a new friend last night, and we both shared that we’d had less-than-stellar male role models. I felt both validated and lacking, happy that I wasn’t alone and sad that so many of us in our twenties and thirties are still dealing with the aftermath of childhood. It made me think of a chapter I contributed to The One: Experience Jesus, by Carlos Darby and Judah Smith.

To those who still struggle with self-worth and self-esteem, know that you are never alone. 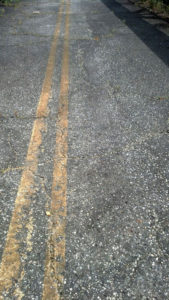 Know this: children are a gift from the Eternal;

the fruit of the womb is His reward.

For years, anytime I was at an event or even walking downtown and spotted them, I’d stop and watch. They interacted—holding hands, laughing, enjoying the moment—unaware that they were on display as my curiosity ran wild. They were an anomaly as far as I was concerned. I was always a little skeptical of the sincerity, the permanence. And always a little sad, maybe a twinge of jealousy too, that I missed out on that part of life. Fathers spending time with their kids—the whole thing was a mystery to me. After a minute or two, I’d walk away, leaving them in peace. Leaving my heart in pieces.

Unfortunately, my story is all-too familiar and prevalent. Abusive or absentee father, damaged child. Child grows up with a bevy of insecurities and “daddy issues,” grows to distrust others, becomes withdrawn, forms unhealthy relationships, projects all anger upon a mean and uncaring God. You wouldn’t think that one relationship—or lack thereof—could have such far-reaching consequences…but it does.

When I was a little girl, I used my glow-in-the-dark cross bookmark as a nightlight. It was activated by heat so every night before bed I’d hold it over my bedside lamp until it was hot. Then I’d hang it on the wall, turn off the lights, jump into bed—covers up to my neck—and watch the glow fade until my eyes strained to see even the faintest outline of the cross. In my mind, I was only safe as long as I could see the cross. Bad things happened in the dark and the light only lasted about thirty minutes. After that, God left the room. Left me alone.

As a seven-year-old I rationalized that God didn’t care about me. I went to Sunday school and repeated Bible stories while harboring this disconnect in my heart. When we learned how Jesus said, “Let the little children come to me,” I was uncomfortable. Without a healthy role model of what a father is supposed to look like…these stories were just that—stories. On the other hand, I lived the reality at home.

When I’d spent two decades being mad and hurt, I had to admit I didn’t want to spend another decade the same way. So I started searching for answers. And not from my earthly father—I’d long since given up on getting an apology or an explanation. In time, I even forgave him for his many indiscretions. But now, as an adult, I was ready for answers about myself. Who was I? What am I worth? I knew I couldn’t magically undo the past, but I could begin to tear down each of my insecurities and rebuild my heart and my self-esteem based on the messages I should have learned and heard as a child. Yes, it would be hard work but I knew I was worth it. Finally.

Just ask and it will be given to you; seek after it and you will find. Continue to knock and the door will be opened for you.

There was just one catch—I still had daddy issues—as in “Heavenly Father” issues. I may have forgiven my earthly father for all the things he did and didn’t do. But I still had a deep grudge against God for allowing anything bad to happen in the first place.

One night when the pain was too great, I had a full-on argument with Him. I cried. I yelled. I cursed Him. I blamed Him for not caring, not listening, not protecting me, not giving me an ideal childhood and life, for that matter. I pointed my finger and yelled some more. He was quiet, like I’d imagine a patient parent to be, watching their kid throw a tantrum. When I was done—I couldn’t think of any more reasons to shout at Him—there was a silence and a peace. In the stillness, I felt that God wasn’t mad at me. I only felt compassion and a nearly imperceptible whisper inside saying, “Now let’s move forward together.” He wasn’t going anywhere. In fact, He was going to hang around whether I liked it or not. So I agreed to a truce.

If I was going to heal and become the healthy person I envisioned, I needed to know what the right messages were—what God actually says about me. I knew a lot of people who had great relationships with God, even if they didn’t have a great relationship with one or both parents. So I began searching. What I found made me reevaluate my grudge with God.

I knew children should be protected, loved, and encouraged.

I valued my friendships and made time for them.

Art has great worth and every piece is unique and beautiful in it’s own way.

I am totally and completely forgiven. (1 John 1:9)

I could forgive myself and move on.

If I was valuable and worthy of love, I wanted to be near the source.

Maybe God wasn’t a bad guy after all. Maybe He deserved a second chance. And an apology.

As the weeks and months passed, I learned to speak with Him in new, more comfortable ways, as though He’s actually near me and listening, because He is. I’m also more expectant of an answer.

I’m kinder to others and to myself. I’ve learned to forgive and move on. I know I’ll have a much better example of how to love, encourage, and teach when I have a family of my own. And I’ve been able to see Him in everything, everywhere, especially in loving interactions within families. Even more so with fathers and their children.

Consider the kind of extravagant love the Father has lavished on us—He calls us children of God! It’s true; we are His beloved children. And in the same way the world didn’t recognize Him, the world does not recognize us either.

Though our stories may be different, the aftermath of faulty parenting is likely the same. The result is a generation of twenty- and thirty-somethings who have a distrust of authority figures, a fractured view of family, a low sense of value, and an unhealthy view of God. We think God is sitting on a cloud somewhere, completely unaware of what’s happening down here, and when He does pop in for a few minutes, He plays favorites. But nothing could be more wrong.

He loves each one of us dearly. Each one. And He’s right here! He’s not on vacation or unavailable. Whether we’re on the train, in our cars, or walking down the street, He’s there waiting and walking with us. He’s a friend, a mentor, a Father. He wants to spend time with you, like a father and his child. He’s the ultimate example of a good parent.

While we may have been disappointed, abused, or abandoned by those we love, God—our Heavenly Father—will never leave us. And He’s stronger than we give Him credit for being.

Be strong and brave, and don’t tremble in fear of them,

because the Eternal your God is going with you.

He’ll never fail you or abandon you!

The sight of dads playing with their kids still makes me pause. I hear a giggle and turn to see a dad chasing after his daughter, catching her amid happy shrieks. He swoops her up in his arms and kisses her head. And sometimes even while I’m smiling I start to feel the tiniest tug of doubt, regret.

My heart says, Where were you, God? Why not me?